Tab Benoit will kick off the 11th season for The Grand Opera House in Crowley, Louisiana on September 21, 2018.   Tab, a native of Louisiana, is an America blues guitarist, musician, and singer and songwriter who plays a variety of “blues” styles, primarily the Delta blues.  A guitar player since his teenage years, Benoit often appeared at the Blues Box, a music club and cultural center in Baton Rouge run by guitarist Tabby Thomas.  Benoit played alongside Thomas, Raful Neal, Henry Gray, and other high profile regulars at the club, learning the blues first-hand from a faculty of living blues legends.  Soon after, he formed his own trio and they began playing throughout clubs in south Louisiana.  Now, Benoit plays all over the world and has received numerous prestigious honors.  Inducted into The Louisiana Music Hall of Fame in 2010, Benoit has also received the B.B. King Entertainer of the Year award, which is described as “the highest accolade afforded to musicians and songwriters in Blues music.  Prior to this opening performance is a complimentary social hour for all ticketholders beginning at 6 PM. Listen to Tab Beniot’s music here. 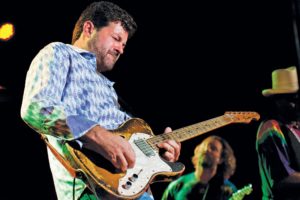 On October 22, 2018, Masters of Soul returns to Crowley for a second time.  Featuring music made famous by record labels including Motown and Stax, this group celebrates legendary songs and performers that defined soul music.  The male and female performers are stylishly costumed, fully choreographed, and are backed by a live band.

American jazz and pop singer and songwriter, Mandy Harvey, will grace The Grand’s stage once more on February 11, 2019.  Mandy, who is deaf and who took part in America’s Got Talent, gives everyone the message of hope.  During Mandy’s performance, she explains her journey from the days of her illness that resulted in her deafness until now with many original songs that will take your breath away. Listen to Mandy’s music here. 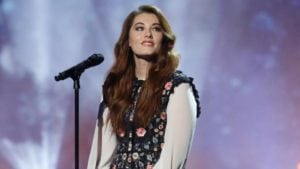 Then, on March 9, 2019 we welcome some of the south’s greatest “Swamp Pop” legends.  Warren Storm and Willie Tee will perform with their band, Cypress, and they will be joined by T.K. Hulin, Charlene Howard, and Bert Miller.  With a combined career of over 250 years, this show will be one for the books. Listen to Cypress’s music here. 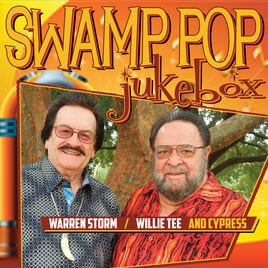 The season will come to a close with a lot of laughter.  On April 5, 2019 with comedian, Etta May.  Winner of the prestigious American Comedy Awards “Comic of the Year,” this Kentucky woman is a comedy icon.  Hailed as the “Polyester Princess,” the reigning Queen of Southern Sass delivers a high-powered, take-no-prisoners performance, full of truth, iron, humor, and wisdom. Listen to some of Etta’s performances here. 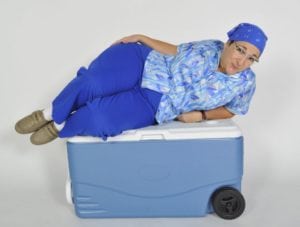 We welcome back Louis Michot, with Lost Bayou Ramblers, but this time, he’s with his ‘other’ band, Michot’s Melody Makers. Joined by Ashlee Michot of Soul Creole and Colby and Justin Leger of  Plaquemine Brulee,  Louis started this ‘French fiddle’ band in 2015 and they haven’t slowed down a bit. This performance will be fun to watch and great to listen to, and may just have you dancing in the aisle.

For a fourth time, the ever popular Marc Broussard will perform on the stage of The Grand Opera House. Marc is an American singer-songwriter from Carencro, Louisiana whose style is best described as “Bayou Soul.”  It’s a mix of funk, blues, R&B, rock, and pop, matched with distinct southern roots.  The date for this performance will be announced mid-December….so stay tuned. Listen to Marc Broussard’s music here. 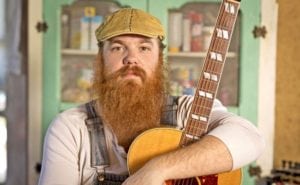 For families, the Grand Opera House provides The Family Series, which is graciously sponsored by Ted and Judy Carmichael & Family.  These three performances are 60-minutes in length and are great for all ages.

Mark Nizer 4-D will kick off The Family Series on October 14, 2018 at 2 PM. Imagine, 4 Lasers being juggles at 1000 rpms, with the spinning laser beams dancing just above the audience’s heads.  You’ll see why Performance Magazine called this show, “nothing less than brilliant”.

Original comedy, world class juggling, movement, music and technology, has made Mark’s performance one of the most popular theatrical event in the market today.

On January 13, 2019 @ 2 PM, Jason Hudy will perform and when it comes to his magic shows that is exactly what you’re going to get!  With over 7,500 performances around the world in the last 15 years, it’s no wonder theatres, casinos, late-night talk shows, performing arts centers and many more turn to Jason Hudy when wanting magical entertainment.

The Birmingham Children’s Theatre will present The Three Little Kittens on February 11, 2019 at 10 PM and 7 PM.  There were… three little kittens they lost their mittens, and they began to cry….

Music, mischief, and missing mittens!  Birmingham Children’s Theatre invites you join Katie Sue, Purr, Tuffy, and Whiskers on their search for the lost items, and discover that any problem can be solved with a little bit of thinking. Great for kids ages 2-8.

Individual tickets to all performances go on sale on August 27th.