The History of Super 1 Foods

W.T. Brookshire began with four employees in a small, 2,500-square-feet store. He laid a foundation of core values focused on incredible customer service, tenacity and competitive grit. W.T. Brookshire believed it was his God given calling to serve his community through the grocery industry. Because of that, Brookshire Grocery Co. is still family-owned with members of the third- and fourth-generation leading the Company.

Today, the company has grown to include more than 180 stores – operating under the brands of Brookshire’s, Super 1 Foods, Spring Market and FRESH by Brookshire’s.

At BGC, our number one focus is on people. Our tradition of outstanding service was instilled 90 years ago when W.T. Brookshire made the decision to place the customer as his top priority. This same commitment extends to their employee-partners – the more than 13,000 people who help make BGC successful every day.

The company has come a long way since 1928 – but is still focused on offering the same exceptional customer service it was founded on. Their mission is to create and deliver exceptional experiences and value to our customers through the W.T. Brookshire Way.

At Super 1 Foods, their customers will find low prices, unexpected value and a great assortment of quality fresh products. They buy by the truckload directly from distributors and pass the savings on to customers. They are proud to help feed families for less with our own brand of products that offer great quality at super low prices, in-store promotions and more! 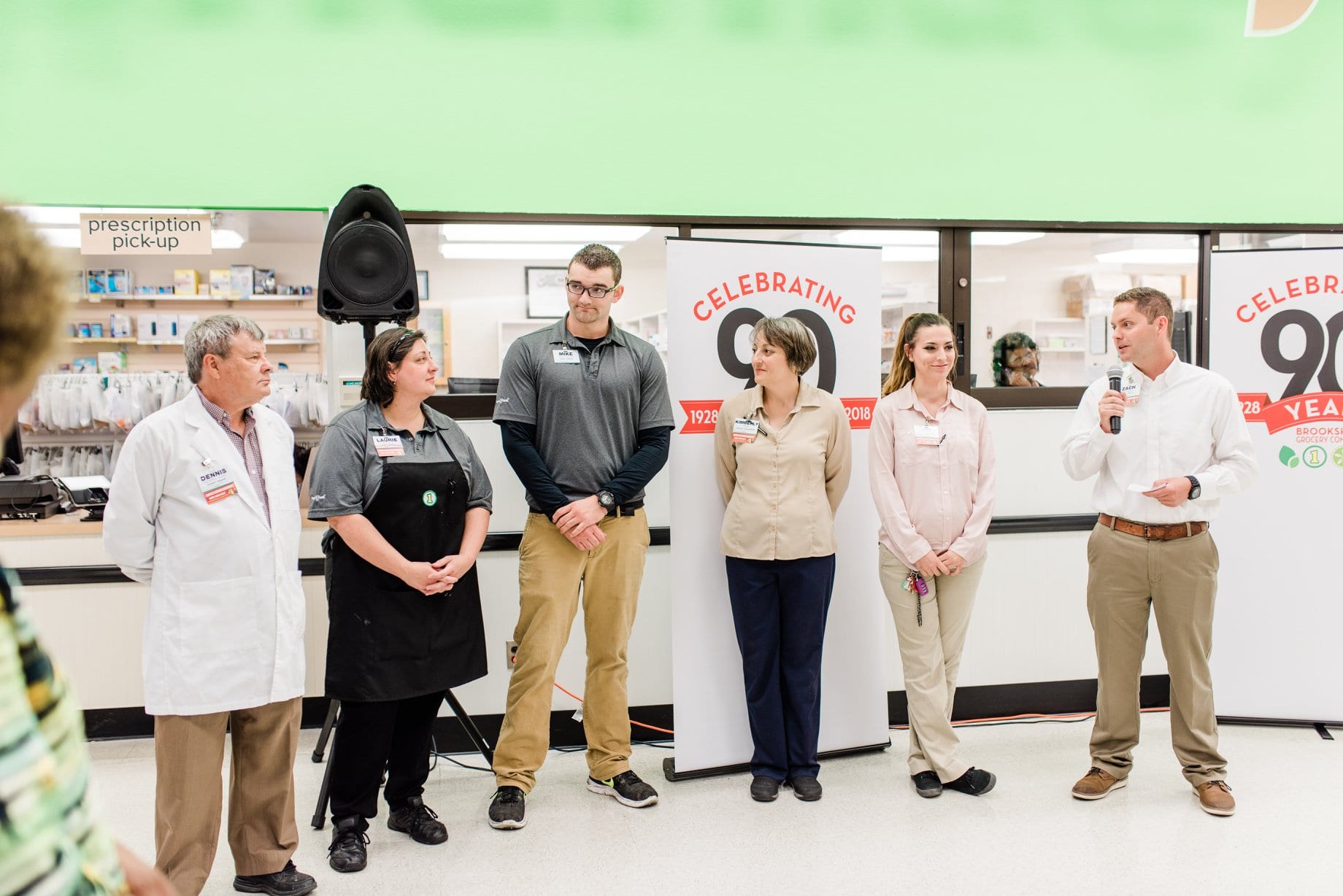 Making their way into Acadiana

The stores are all in South Louisiana in the towns of New Roads, Breaux Bridge, Franklin, New Iberia, Abbeville, Crowley, Rayne and Eunice.

“We’re excited about this agreement and the opportunity it provides us to further grow and expand in this region,” said Brad Brookshire, chairman and CEO of Brookshire Grocery Co., headquartered in Tyler, Texas. “These stores are a strong fit for our Super 1 Foods banner, and we look forward to welcoming new customers and employees in Acadiana.”

Brookshire has operated its Super 1 Foods stores in the Greater Lafayette area since 1995.

“We absolutely love this part of the world — the people, the culture, the communities and the cuisine,” Brookshire told Supermarket News. “Super 1 Foods has had a strong presence in this area for over 22 years. We’re a family business celebrating our 90th anniversary this year, and we are here to stay.”

He noted that Super 1 Foods stores are known for their low prices, unexpected value, wide assortments of quality fresh products, and customer service. “Our stores and fresh departments are staffed by talented employees who uphold our founders’ core values of integrity and remarkable customer service,” Brookshire said.

“We are pleased to have found a strong partner in Brookshire Grocery Co., who shares our focus on customers and who respects and values their employees,” Trey Edwards, Winn-Dixie regional vice president for Alabama, Louisiana and Mississippi at Southeastern Grocers, headquartered in Jacksonville, Fla., said in a statement.

“We know BGC very well and are confident that the eight stores being transferred will see continued success in their communities,” Edwards said. “Importantly, Winn-Dixie and Super 1 Foods are working together to ensure a smooth transition for associates, and we are thrilled that our associates in these stores will have the opportunity to interview at their current store locations for ongoing positions.”

In 2010, Brookshire Grocery Co. embarked on a mission to escort a group of World War II veterans to Washington D.C. to visit the World War II Memorial (completed in 2004), along with several other points of interest. “Brookshire’s World War II Heroes Flight” first took place on May 11 & 12, 2010, with 38 veterans and 19 others, mostly Brookshire’s employees, to assist them. The endeavor was fully funded and coordinated by Brookshire’s, at no cost to the veterans. To date, over 400 veterans have made the trip.

“Super 1 Foods Curbside” was introduced in a Tyler, Texas, store in June and has now been rolled out to 18 Super 1 Foods stores. Customers can order, pay and schedule pick-up times by visiting super1foods.com or by using the “Super 1 Foods” mobile app, available in the App Store or Google Play. Thousands of products are available, including fresh meats, local produce and the stores’ own brands of products at the same prices as in the stores.

The stores’ personal shoppers fill the orders, selecting the freshest products available and asking for recommendations when needed from the experts in the market, deli, bakery and produce departments. Personal shoppers then deliver orders to customers at the scheduled pick-up time in the designated curbside parking area. Customers can save $10 on their first online order of $50 or more by using the promotional code “SAVE.”

“We are very excited to now offer online ordering with curbside pickup at these stores,” said Brad Brookshire, Chairman and CEO for Brookshire Grocery Co. “Our Company was founded 90 years ago on the principle of ‘service,’ and we are thrilled to be adding this convenience for our customers.”

Curbside service is offered from 8 a.m. to 8 p.m. daily, with same-day service available. There is a service fee of $4.95 for orders under $50 and no fee for orders of $50 or more. For more information, please visit super1foods.com.

The Company plans to expand curbside service to additional Super 1 Foods and Brookshire’s stores this year.