The historic downtown area of Rayne will be the setting this weekend on Saturday, Nov. 3, for the third annual official Old Spanish Trail Celebration as announced by the co-sponsors of the Rayne Chamber of Commerce and City of Rayne.

Come “pass a good time” at The Depot Square and the surrounding downtown areas where history will be celebrated, events will be enjoyed and displays will be observed.

As announced by Chairman Eddie Palmer and OST Committee members, this year’s event is hoping to be bigger and better with the addition of more participants, historic discussions and memorabilia for all.

“This year’s event will be dedicated in memory of Mr. A.J. LeBlanc,” noted Palmer of the celebration. “He was well-known as a promoter of Louisiana tourism and a proponent of the Old Spanish Trail.”

Focal point of the day-long celebration of the third anniversary of when Rayne was designated the first official “Old Spanish Trail City” in the entire nation will be The Depot Square between 9 a.m. and 2 p.m.

On the grounds of The Depot Square will be a number of exhibits and displays depicting the history of the OST, along with food, refreshments, music and dancing.

A number of special displays and presentations will be enjoyed at The Bank near the former Mervine Kahn building where special oldies — but goodies — will be on display, along with an historical slide presentation of yesteryear provided by Tony Olinger. Historic discussions are also on the agenda, along with a documentary film, exhibitions and highlights of the past.

“Drive about, cruise around and drive in” to the special reserved parking area for participants on the 200 block of East Louisiana Ave. just across the railroad tracks from The Depot Square (in front of The Warehouse).

Drivers and passengers in the cars are being asked to dress in costumes corresponding to the year of their vehicle (not required).

Palmer and the OST Committee has been working tirelessly and planning a celebration that not only will be fun and entertaining for the entire family, but one that will recognize the historical and cultural significance of the Old Spanish Trail, which stretches nearly 3,000 miles across eight states in the southern area of the country from St. Augustine, Florida, to San Diego, California. 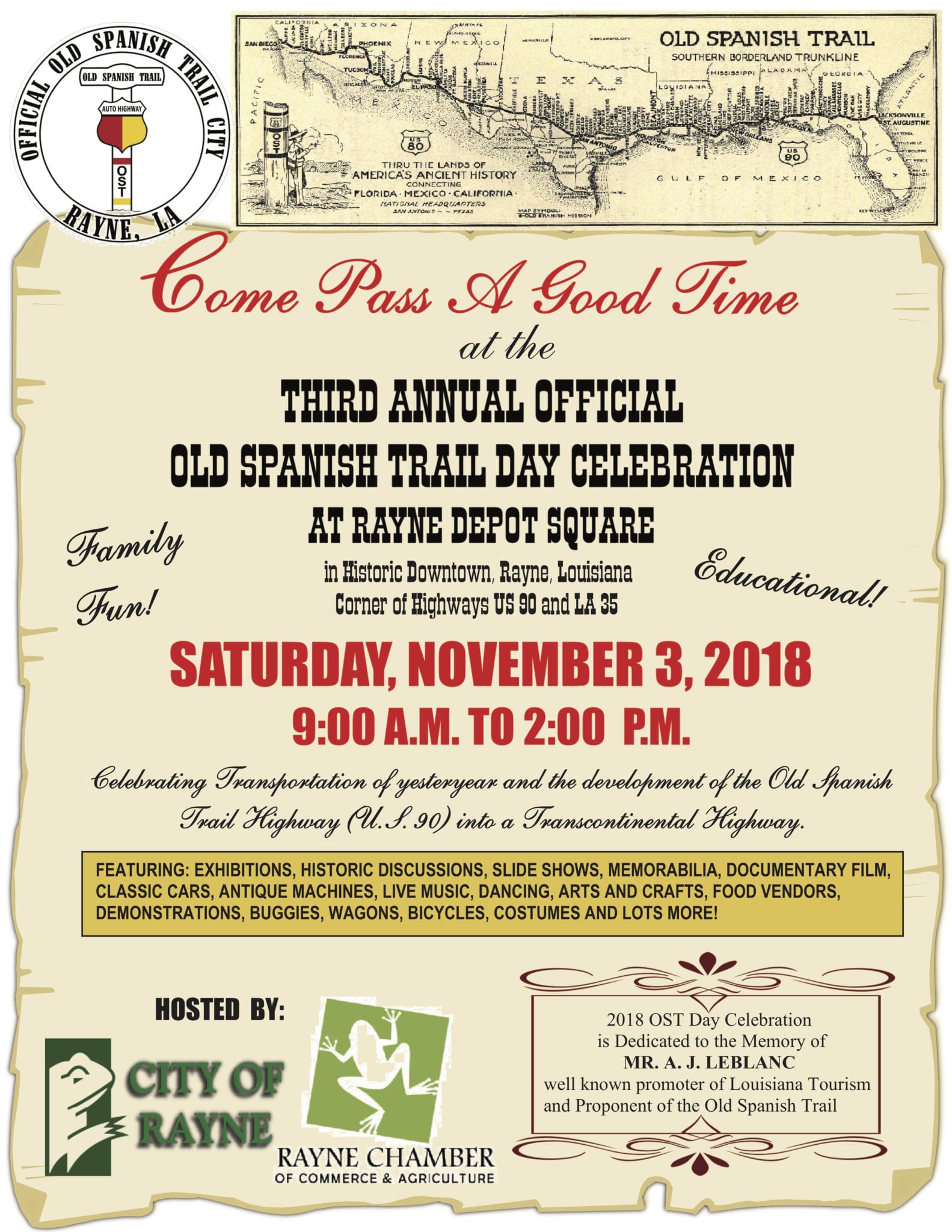