Windows are installed, construction crews have begun laying down floors, and in between the rain showers of South Louisiana the parking lot has been poured. Fezzo’s Crowley is currently slated to open early November. Every day we see more progress and get so excited for this location to continue developing in the Crowley community!

Also, Fezzo’s sister location, Rochetto’s, is expanding! They plan on opening the second location on the Frontage Road in Crowley (2445 Rice Capital Pkwy), right down the street from where the current Fezzo’s location is being built. Opening this Fall! 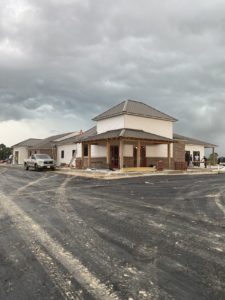 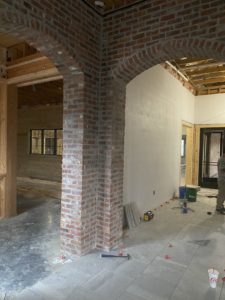 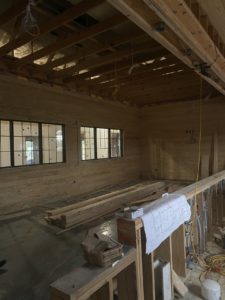 Owners Phil Faul and Pat Bordes opened the first location of Fezzo’s in Crowley 23 years ago.

The restaurant’s name comes from the Cajun French word for a wooden spool. As a child, Faul’s father made toys from his mother’s empty wooden spools. The fezzo toys soon became his favorite, and he carried them with him wherever he went.

The mail carrier started calling him Fezzo, and the nickname stuck.

The Faul family opened a grocery store in Rayne in 1979 called Fezzo’s. Twenty years later, the younger Faul and Bordes opened their first restaurant and called it Fezzo’s in honor of Faul’s father.