Members of the Acadia Parish Chamber of Commerce have elected four new members to the 2020-2021 Board of Directors and will be honored at the upcoming Acadia Parish Honors, which due to COVID-19 has been postponed.

Blane Faulk
Acadia Parish Clerk of Court, NTB Designs
Blane Faulk is the Chief Deputy Clerk of Court for Acadia Parish. He is also a custom home designer and owns his own business, NTB Designs. Blane is a dedicated community volunteer and can often be found cooking at Chamber events like the Annual Golf Classic and Farmers’ Appreciation Dinner. He has been an active member of the Crowley Town Club and Krewe of Town Revelers where he has held the position of Past Board Member and Treasurer. Blane is also a past Board Member and President for the International Rice Festival. He is a Current Rice Festival Member and Chairperson. Blane coached Golf at St. Michael’s Elementary and ushered for St. Michael’s Catholic Church. He is a graduate of Crowley High School and Louisiana Technical College where he studied Drafting and Design. Blane has one son, Joshua. 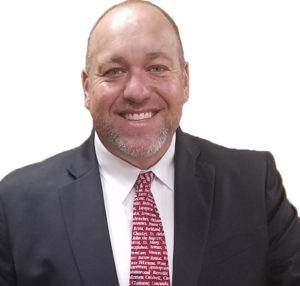 Scott Lowry
Edward Jones Financial Advisor
Scott Lowry is a Financial Advisory with Edward Jones in Crowley. He has participated and volunteered for numerous Chamber Events such as Business After Hours, Gumbo Cook-Off and Farmers’ Appreciation Dinner. Scott is a past graduate of Leadership EXCEL. Scott is an Accredited Asset Management Specialist, Edward Jones Regional Field Trainer and Mentor to new Advisors. He is a member of the UL Alumni Association, St. Michaels Catholic Church, and a past Crowley Town Club Board of Director. Outside of work, Scott is a member of the Krewe of Town Revelers where he has been a Duke, a Reveler and the Ball Captain. He volunteers for Greetings from Levy Park in the spring. Scott also volunteered for Notre Dame High School’s Drop the Mic where his team landed Fan Favorite! He is a graduate of Ponchatoula High School and a student-athlete at the University of Louisiana at Lafayette where he studied Finance and pole-vaulted for the Track Team. Scott Lowry resides in Crowley with his wife Brooke Morgan, three kids, Vivian, Graham and Theo and their Great Pyrenees, Titus. 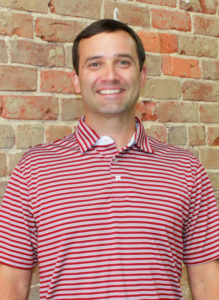 Jackie Loewer
Loewer Brother Farms, Branch
Jackie Loewer is a long-time member of the Acadia Parish Chamber of Commerce, going back to before OneAcadia merged with the Crowley Chamber of Commerce. He is recognized around the parish, state, country and world as one of the premier rice farmers. He has been a member and chairman of the Louisiana Rice Research Board and USA Rice Federation, and various other groups focused on the rice industry. He operates Loewer Brother Farms with his brother and son. 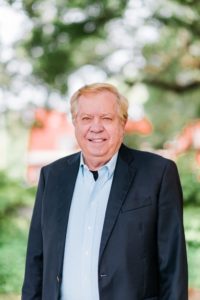 Dr. Eddie Palmer
Antiques on the Avenue, Rayne
Originally from Tremont, Mississippi, Dr. Eddie Palmer has been collecting antiques since the ’60s. Dr. Eddie received his Ph.D. in Sociology, and in 1985 moved with his wife Ann from Lubbock, Texas to Lafayette, Louisiana to begin a new position as the Department Head of Sociology and Anthropology at the University of Louisiana at Lafayette. In 2007 they opened Antiques on the Avenue in the old People’s Drugstore in Rayne. After serving 16 years in his role as Department Head of Sociology and Anthropology, Dr. Eddie served the next ten years at UL as the Dean of the Graduate School. He now dedicates his time to the Rayne community and Antiques on the Avenue with his wife. He is the Rayne City and Chamber of Commerce Old Spanish Trail committee chairman, a member of the Hilliard Society, where he is also a member of the Board of Directors, as well as being guest speaker across Acadia Parish, the Acadiana region, and the country. The Palmers and Antiques on the Avenue have been an integral part of the annual Old Spanish Trail Day Celebration in downtown Rayne, and he is a member of the Society for Commercial Archeology. 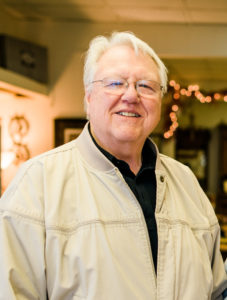 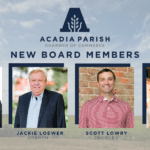