The widened section of Interstate 10 from the Interstate 49 interchange to the Atchafalaya Basin bridge will improve the overall quality of I-10 in Louisiana once it’s completed, Department of Transportation and Development Secretary Shawn Wilson said Wednesday.

Speaking at an event hosted by the Acadia Parish Chamber of Commerce, Wilson said the widening project will have the most impact in the area and raise the D+ grade the state received in 2017 from the American Society of Civil Engineers.

“We look at I-10 across the entire state of Louisiana, and 2.3 to 2.4 percent of it is poor, or very poor, by national standards,” Wilson said. “That one project is going to reduce it to less than 1 percent. We’re also maintaining the Atchafalaya Basin Bridge. You may not see it, but we’re making sure it’s strong and safe.”

The Lafayette native also addressed the I-49 South corridor, noting that officials are updating the environmental processes involved with the Lafayette connector project. The updates are being done because too much time has passed since the last studies were conducted, he said.

Wilson added that he hopes to have a decision on clearing environmental hurdles by late 2019 or early 2020.

“We have narrowed our focus to one particular footprint that we’re going to pursue,” Wilson said. “I think we have a much better product now. My hope and my plan was to be spending some grant money on a phase or segment of I-49, but when you get into these environmental processes, you have to tell people that the project will tell us how fast it will go.”

Other state highway projects, he said, lag behind simply for lack of funding. Louisiana has the 10th-largest highway system in the U.S., 40 ports and over 12,000 bridges, but the state’s investment of only $450 per driver is lower than neighboring states with smaller highway systems.

He identified new steps the agency is taking to bring in more federal dollars through local matches and private-public partnerships.

“Every legislator and citizen asks why we can’t have tolls like Texas and Florida,” Wilson said. “We can, but every time we ask communities, they say ‘We don’t want tolls.’ I get it, but nothing in life is free. The interstate system was built with Eisenhower’s dollars, and his dollars aren’t there to rebuild.”

Wilson favors public-private partnerships and using business principles to come up with the lowest tolls that would allow for the shortest delays in getting badly needed roads built or improved.

The Acadia Quarterly Luncheon is a quarterly membership meeting of the Chamber that is held during lunch. This meeting gives members a chance to share news about their business or organization, and learn more about upcoming Chamber events and business through our Events Calendar. 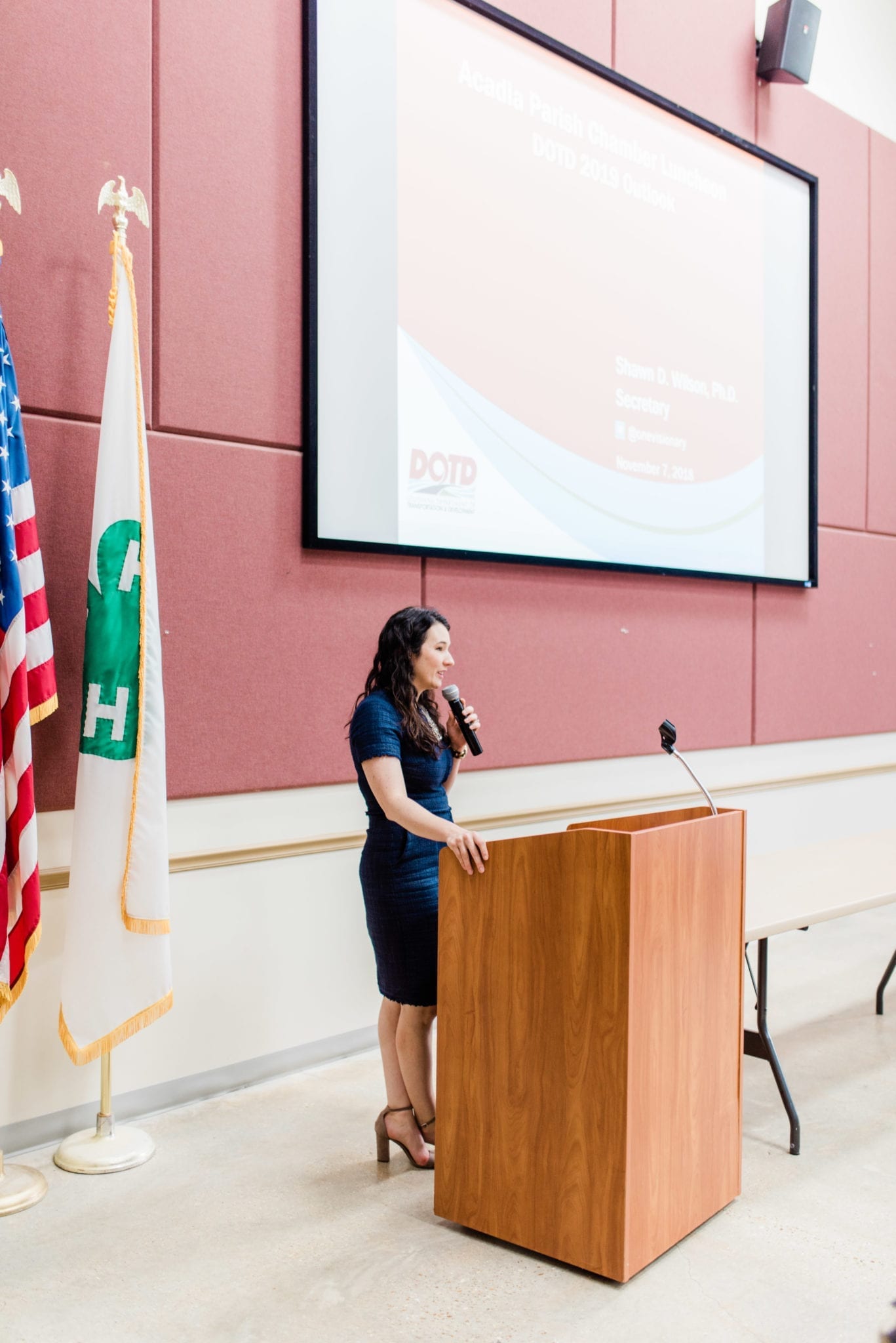 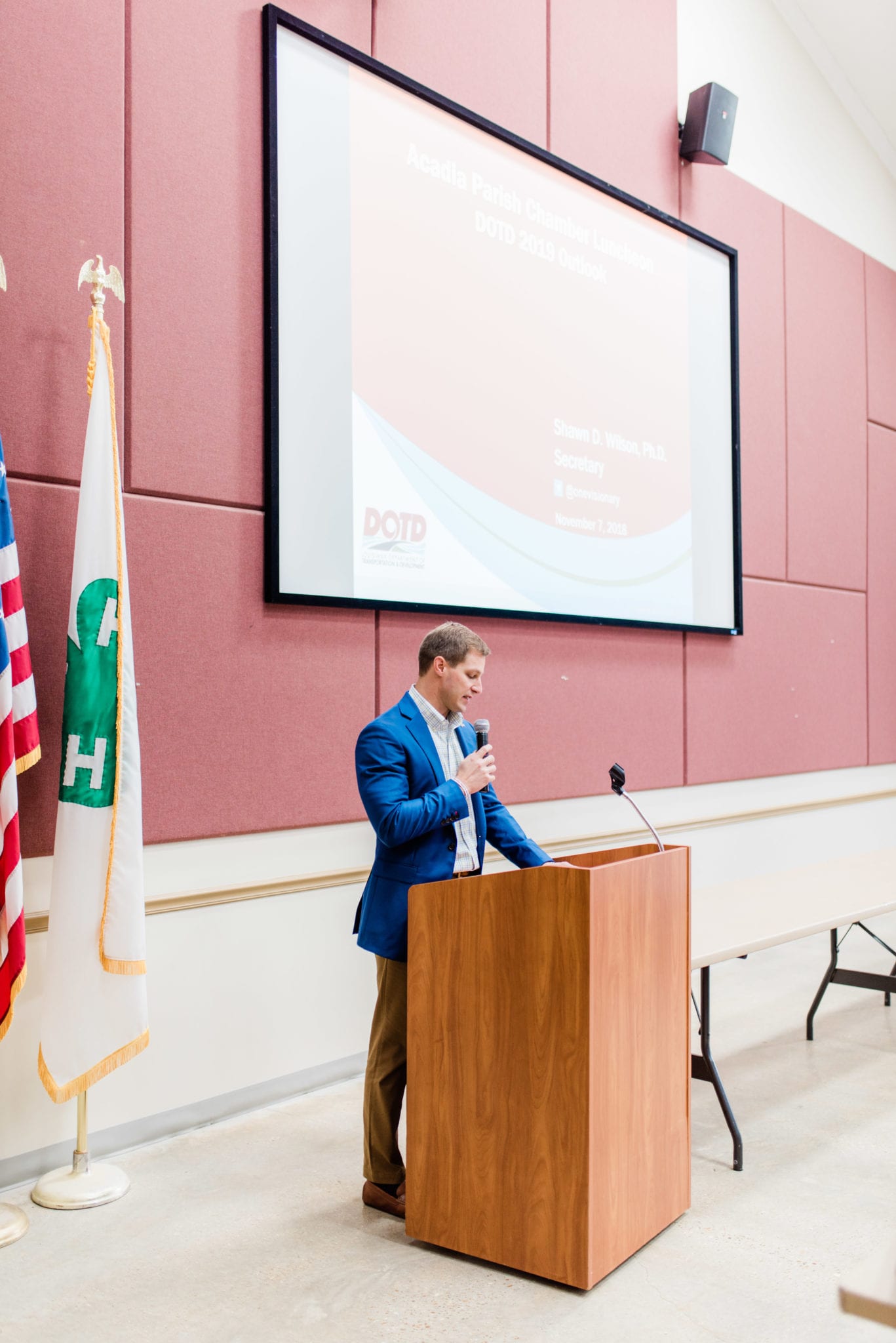 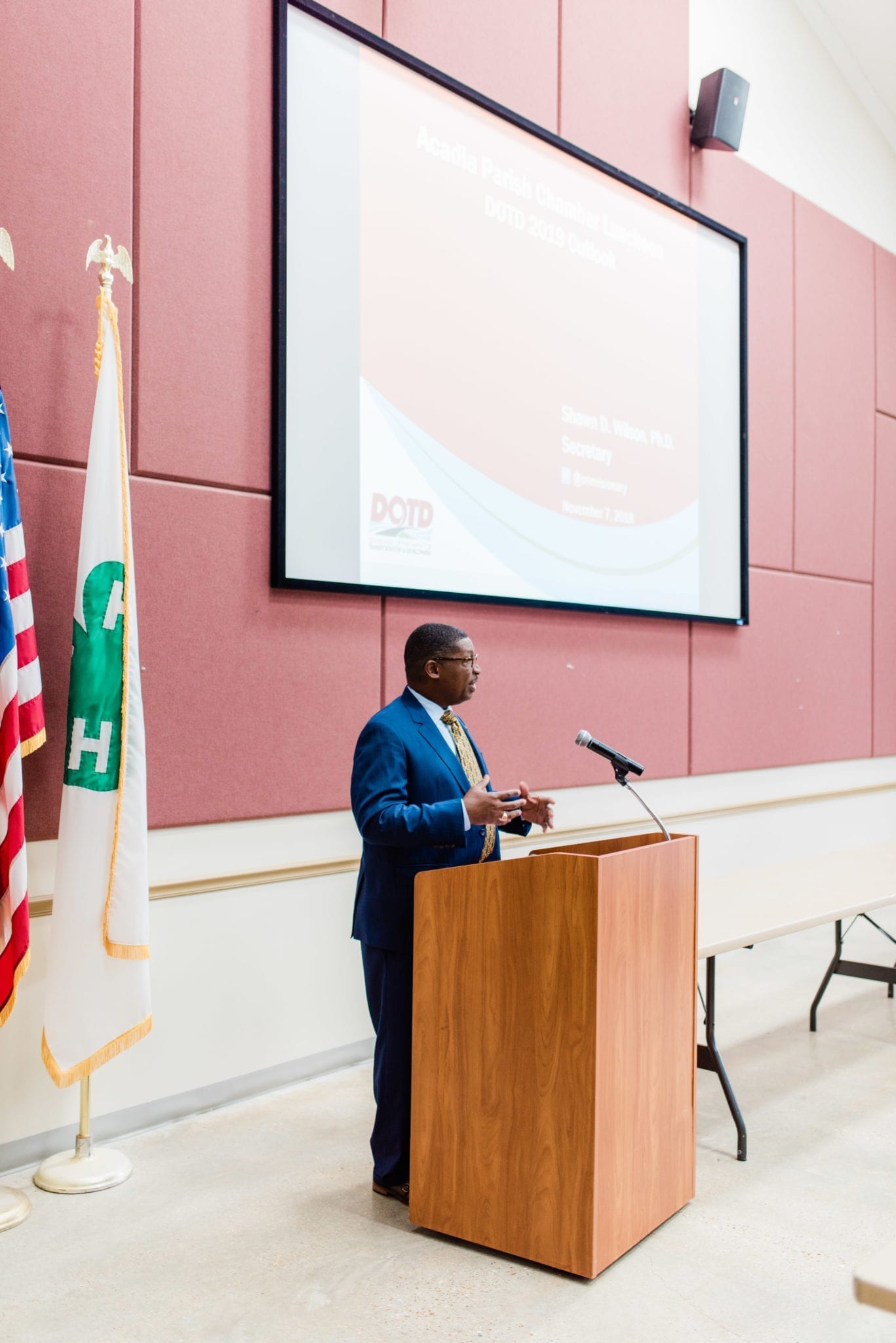 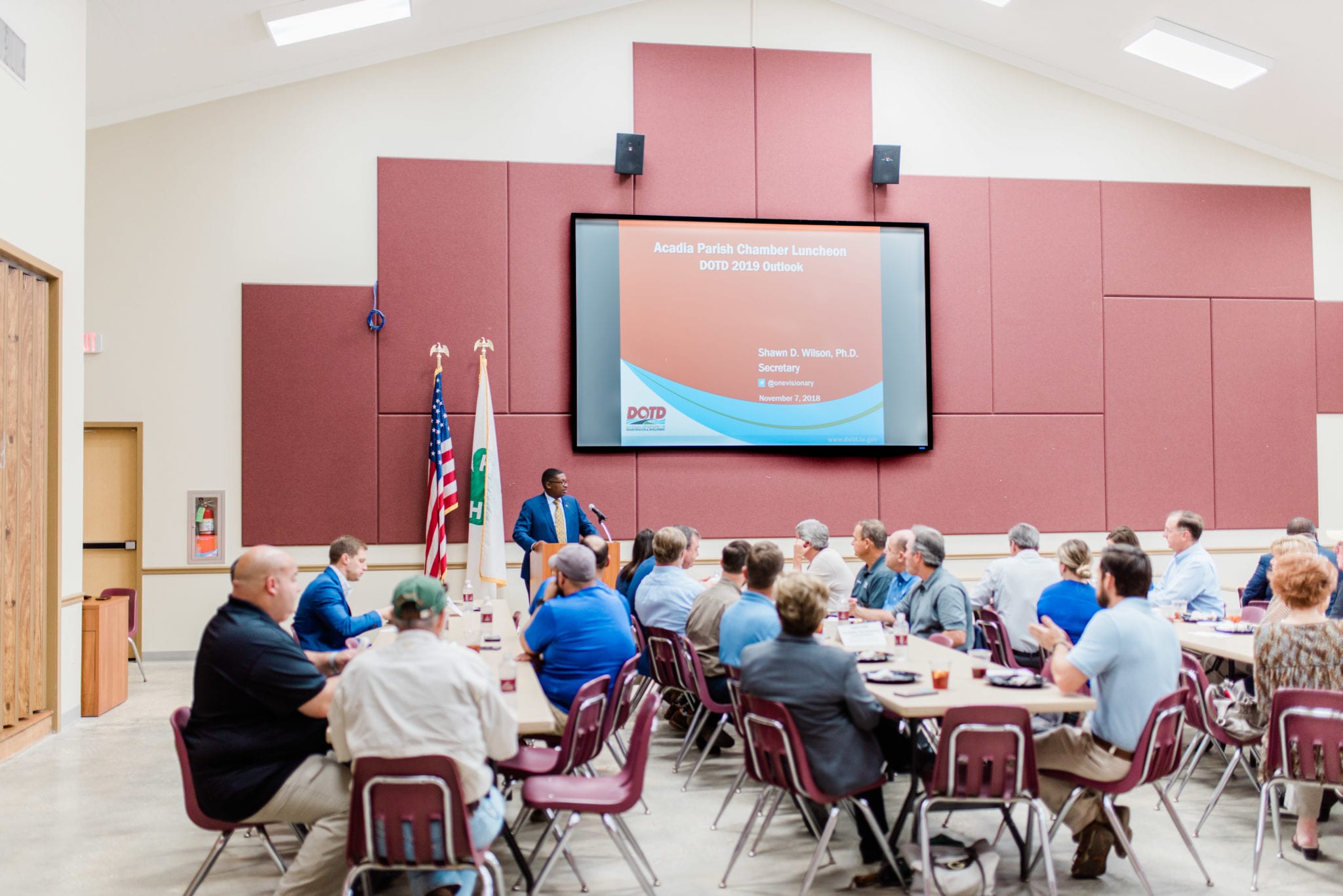 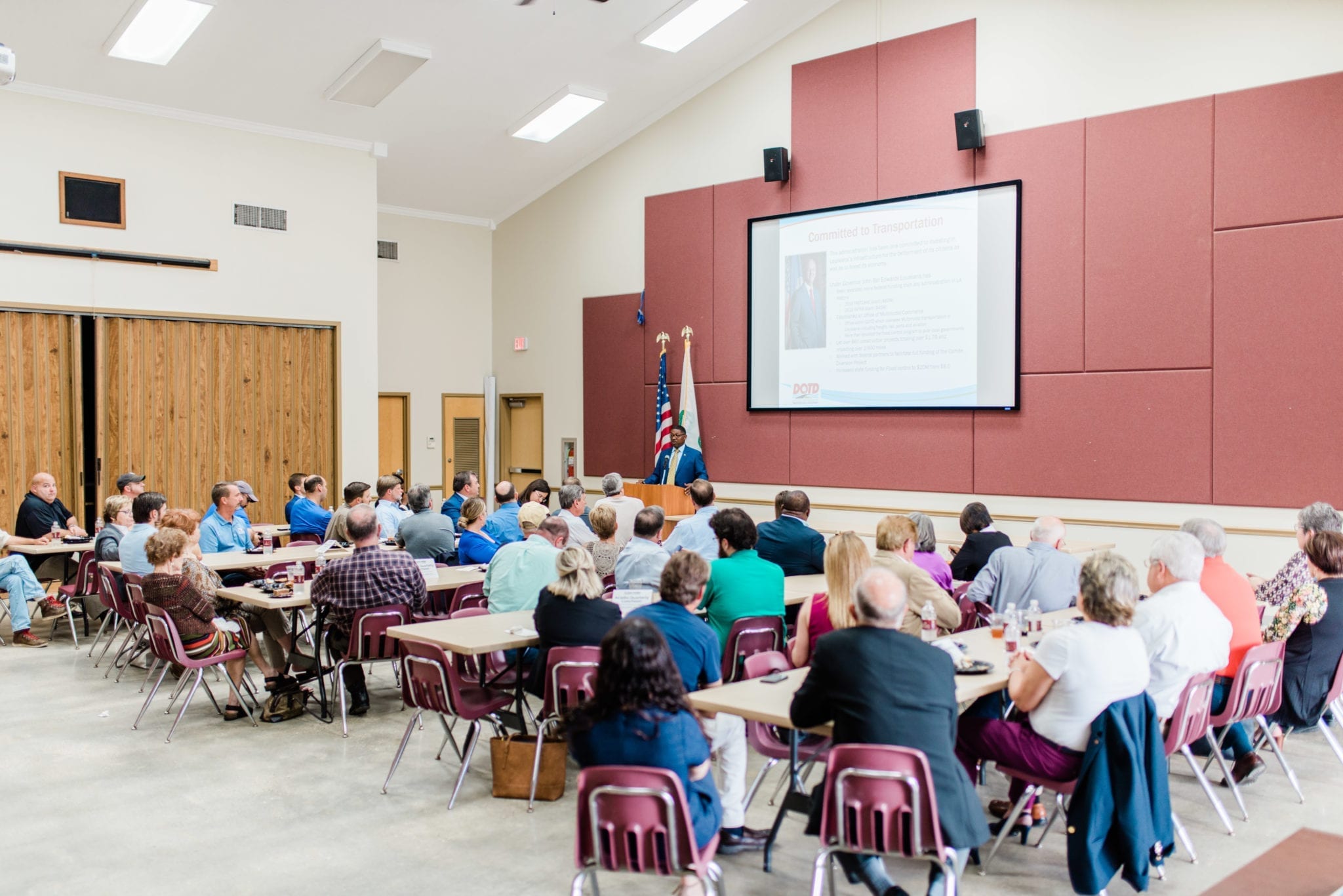