Rose Miller has been named President of FNB after serving 18 years as Executive Vice President.  In her expanded role as President, Miller will continue her responsibilities as a Senior Commercial Lender and overseeing the Lafayette market.  Miller and Prather worked together as a team for many years under the leadership of J. Hubert “Red” Dumesnil, to whom they both attribute many of the values and lessons learned in banking.  Prather joined FNB in 1998 as President and CEO, and in 2002, recruited Miller to join the management team.

Miller has over 40 years of experience in the banking industry, and Prather attributes her success to her reputation of integrity and humility. Miller is married to John Miller and they have three children and five grandchildren.  She has been a member of various civic organizations and a member of Saints Peter and Paul Catholic Church.

“Everyone who knows Rose, knows that she is as good of a person as she is a banker.  She is one of twelve children and that probably has a lot to do with her selflessness,” says Prather.

Jim Lyons, Jr. has been promoted to Executive Vice President. Lyons, a native of Jennings, began his banking career in New Orleans and was displaced after Hurricane Katrina.  FNB was very fortunate to recruit Lyons.  Since joining FNB in 2006, Lyons has managerial responsibilities in loan operations, compliance and commercial lending.

In addition to his many roles at FNB, Lyons is active in the community and in the banking industry, serving as Past President of the Louisiana Bankers Education Council, Past Chairman of the Board for the Boys and Girls Clubs of Acadiana, Past Board Member of Acadiana Red Cross, Board Member of the Beaver Club of Lafayette and Past Chairman of the Leadership Excel Advisory Board.  He resides in Lafayette with his wife, Elizabeth Lyons and their three children, and he’s a member of St. John’s Cathedral.

“FNB strives to be a great place to work. We’ve been very successful at attracting and retaining some of the top people in our markets.  We also pride ourselves in the fact that our ESOP is our company’s largest stockholder,” says Prather. “There is, indeed, power in employee ownership. We applaud and thank both Rose and Jim for their contributions and success.” 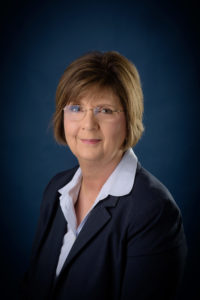 About First National Bank of Louisiana

First National Bank is a nationally chartered community bank with locations in Lafayette, Crowley, Lake Charles and Sulphur.  Since 1924, FNB has provided customers and businesses with quality products and a level of personalized service unique to community banks, as well as building strategic partnerships to enhance shareholder value. For more information, visit www.fnb-la.com.