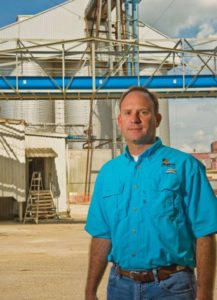 ARLINGTON, VA – New chairs for USA Rice, The Rice Foundation, the USA Rice Millers’ Association (RMA), and the USA Rice Merchants’ Association were elected by their respective Boards of Directors during annual meetings this week held via video conference calls.  All newly elected officers will assume their two-year posts on August 1.

USA Rice’s new chair, Bobby Hanks, CEO of Supreme Rice in Crowley, Louisiana, takes over for Charley Mathews, Jr., a rice farmer from Marysville, California, who has been chair of the group since 2018.

“Bobby is going to make a great chair,” Mathews said.  “He is well versed in U.S. rice industry issues and is a long-term member of USA Rice having joined in 1999 when he first acquired Louisiana Rice Mill.”

“Under Charley’s leadership over the past two years, USA Rice finally opened the world’s largest market – China – to U.S. rice.  We also solidified relationships in Iraq, did great outreach in Central America and Mexico, and received our largest ever grant from the federal government to promote U.S., rice overseas,” said

Hanks.  “He has represented USA Rice in markets around the world, and made presentations at the annual Mexico trade mission and the annual international promotion planning conference in Colombia in Spanish!

“Here at home,” Hanks added, “Charley helped us notch wins for rice in domestic purchasing programs and federal aid programs and lent his support to retail efforts.  He also visited the White House twice – something no USA Rice chairman has ever done.”

The Rice Foundation is a 501(c)(3) organization, which serves as the research and education program arm for the rice industry, and under Carey’s term funded projects like a nutritional analysis on the effects of rice in the diets of infants from 0-24 months; a study on improvements in U.S. rice competitiveness; and research on blast in U.S.-grown japonica, invasive pests in Texas rice, and acephate degradation.

Outgoing RMA Chair Keith Gray passed the gavel to Keith Glover, president and CEO of Producers Rice Mill.  As RMA chair, Gray worked on the renegotiation of NAFTA and the passage and adoption last week of its replacement, USMCA.  He led efforts to combat unfair trade practices hampering U.S. milled rice exports and also oversaw the process of updating RMA membership requirements and benefits and the organization’s dues structure.

Ryan Carwell, vice president at Poinsett Rice and Grain, replaces Dick Ottis who helmed the USA Rice Merchants’ Association for six years.  During his tenure as chair, Ottis successfully guided the Merchant’s Association to a much stronger place:  reserves have grown, the size of the Board has doubled, and the merchants have a strong, respected voice for the rice industry.

“On behalf of USA Rice, I extend special thanks to our great board leaders who served with distinction over the past two years – Charley, Keith, Dick, and Frank,” said USA Rice President & CEO Betsy Ward.  “We are very grateful for their guidance and support.”

In addition to electing new leadership, all USA Rice boards approved their 2020/2021 budgets and the organization’s program of work for the upcoming year.